Architecture Office helps serve up grilled cheese with a cause 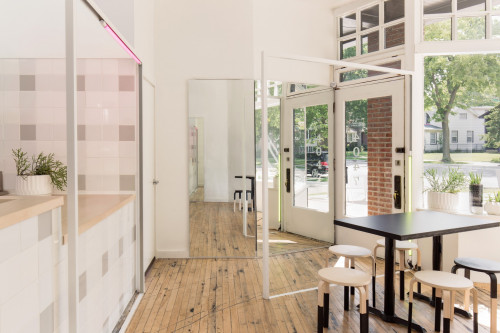 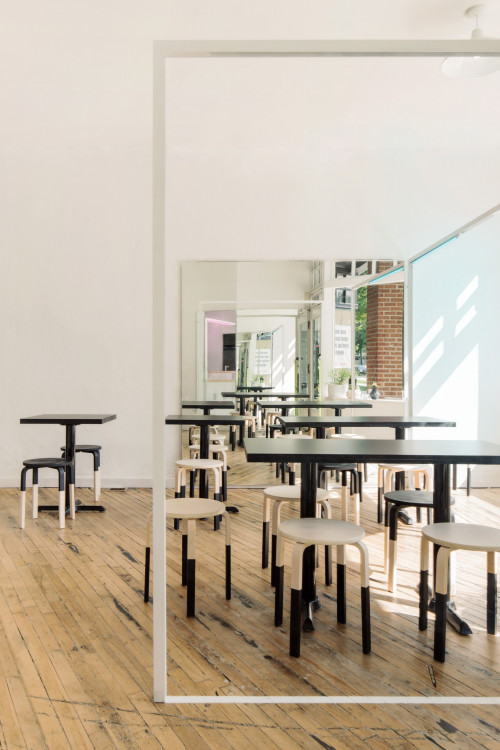 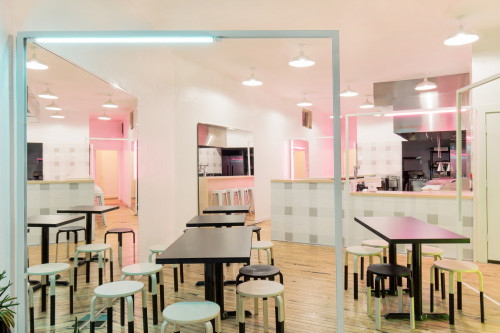 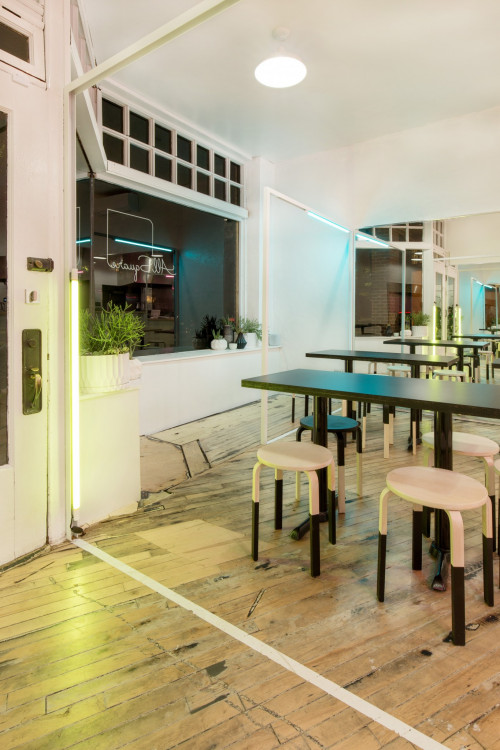 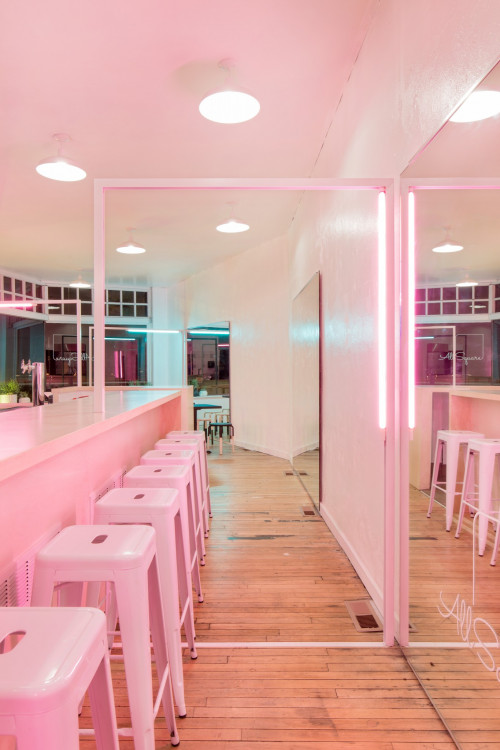 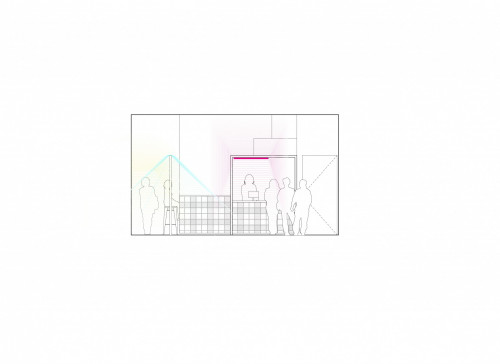 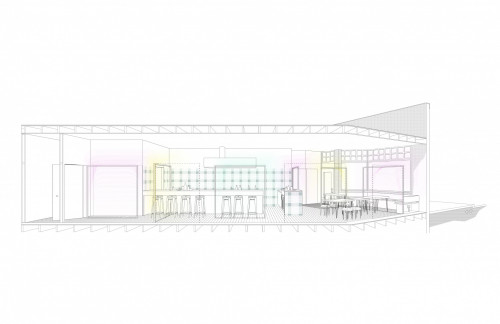 The name of the restaurant hints at a more socially conscious play by the project’s CEO, Emily Hunt Turner (SOA ’07), a civil rights attorney turned restaurateur. “All Square” is a reference to the notion that those who have paid their debts to society are square with society and free to move forward with a clean slate, as well as a nod to the shape of the restaurant’s signature dish. With a mission to end recidivism, the newly opened restaurant aims to employ and empower formerly incarcerated people.

Architecture Office took an open, airy approach to converting the 900-square-foot space into a vibrant, community-oriented casual dining spot. “We removed the existing interior walls to create an open floor plan with frames that construct many points of focus, many places to sit, many people to watch, and many barriers to cross,” says Louie.

Interior elements take the motif of the square as their starting point but repeat at varying dimensions throughout the space to mark moments between users that are both planned—the point of sales, at the bar, at the entrance—and unplanned.

A simple, uncluttered color palette of white and gray tones is accented with neon-colored LED lights that add a pop to the minimal space and highlight the spirited attitude of the brand.

The design plays with layers of everyday elements such as metal frames and mirrors to connect and distinguish people and objects in the restaurant. “The mirrors’ reflections create an unexpected visual extension by displaying the restaurant from a different point of view,” explains McIntosh. Each mirror reflects the same scene from a different perspective, and collapses the worker with the visitor, connecting one with the other in the process.

“It was amazing to be part of a team who believed in the mission, and to be able to contribute with our design by giving it a physical presence,” McIntosh told Architectural Digest. “As educators and designers, it was a challenge that dragged us out of our comfort zone.”

All Square had its grand opening on September 8 and can be found at 4047 Minnehaha Avenue, Minneapolis.

Architecture Office was founded in 2015 by Nicole McIntosh and Jonathan Louie. The practice is influenced by the global dissemination of imagery that produces new contexts and different views. Their work actualizes images that distinguish form and type from their assumed cultural associations as a means of producing new forms of architecture. Collectively, the projects and the images support architecture’s unique capacity to not be static and singular, but to simultaneously engage and refresh the things around it. Most recently, Architecture Office was awarded the 2017 Architecture League Prize by the Architectural League of New York. Architecture Office has exhibited work at the A+D Museum and the MOCA Store at the Geffen Contemporary at MOCA in Los Angeles, TU Eindhoven, Parsons School of Design, and Syracuse University, and have been widely published in architecture and design publications.

Nicole McIntosh (MSc. Arch ETH SIA) received an MSc in architecture from ETH Zürich, and is a licensed Swiss architect. She was previously a Teaching Fellow at the Frank Lloyd Wright School of Architecture at Taliesin West.

Jonathan Louie holds an MArch from UCLA with Distinction. He previously spent time in Peterborough, New Hampshire as a MacDowell Colony Fellow.