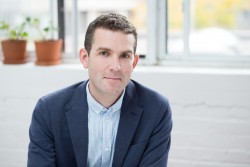 James Macgillivray is a principal and founder of LAMAS. He has published widely on film, architecture and projection. He is from Toronto and received his Master’s in Architecture from Harvard’s Graduate School of Design and his B.A. in architecture from Princeton University. Prior to founding LAMAS he worked as a designer at Steven Holl Architects and as a project manager at Peter Gluck and Partners Architects. Alongside his work at LAMAS, James is also Lecturer at the University of Toronto.