Parker D. Klebahn ’22 (B.Arch), a dual major in Architecture and European History, has been named a recipient of this year’s Bernice Hogan Prize by the Department of History in the Maxwell School of Citizenship and Public Affairs for his undergraduate European history thesis, “ENSANGUINED: Architecture, Militarism, and Slave Labor in the Nazi Monumental Building Program.” 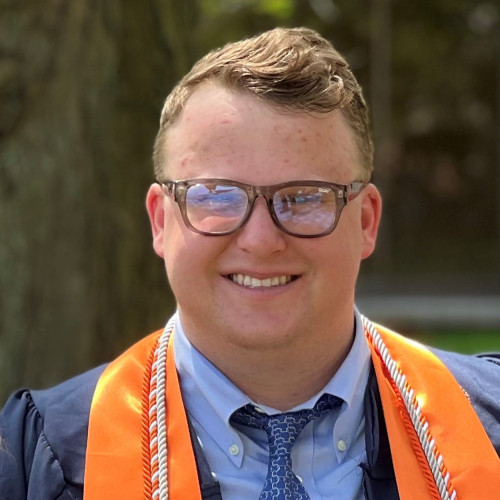 Parker D. Klebahn ’22Awarded to a graduating history major or minor student who is deemed to have written the best paper during the 2021-22 academic year, Klebahn was nominated for the prize by his thesis advisor, Robert Terrell, assistant professor in the department of history.

Klebahn’s thesis examines the monumental building practices and program of the Third Reich. By looking at the way monumental building was embedded within the regime’s policies of displacement, horrific and extractive labor, and genocide, his paper establishes a critique of architecture and architects’ direct complicity and willing engagement with authoritarian regimes and genocide.

Relying almost exclusively on original archival research, Klebahn demonstrates the ways Hitler and Albert Speer’s plans for a new plan for Berlin that centered around the design of the monumental Volkshalle, a domed assembly hall, to be the largest in the world, was embedded within the slave labor economy of the Nazi concentration camps. 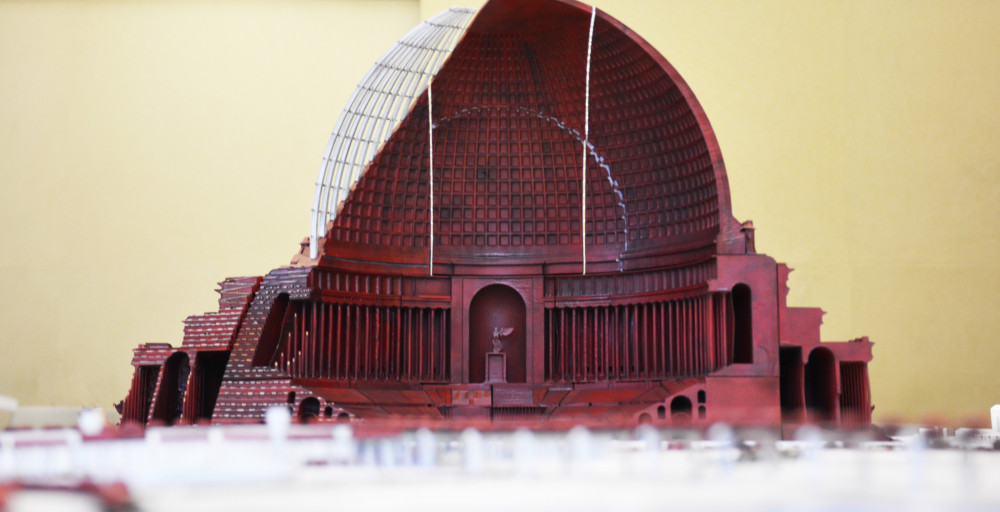 One of the biggest challenges of this project, Klebahn states, was research and access to information. “Existing academic work on Nazi monumental building largely exists in the realm of architectural critique and does not engage primarily in the brutal reality that was building in the Reich,” he says.

To overcome this, Klebahn spent two weeks over winter break at the Deutsches Bundesarchiv (German Federal Archives) in Berlin conducting his own original research. In addition to viewing working drawing sets for the monumental building projects, he scoured the files (7,635 in total) of the Generalbauinspektor für die Reichshauptstadt, the office headed by Speer, which was responsible not only for design to the Welthauptstadt Germania project but also material and labor procurement.

“Parker’s paper showed a high level of research and human compassion. The design work he did for the architecture component was powerful and evocative and the historical research highlighted both the spatial dynamics and human stakes of urban rebuilding in Nazi Europe,” says Terrell. “Ultimately, I believe that many of the successes of the project are rooted in Parker’s disciplinary balance, and I appreciate being part of the process.” 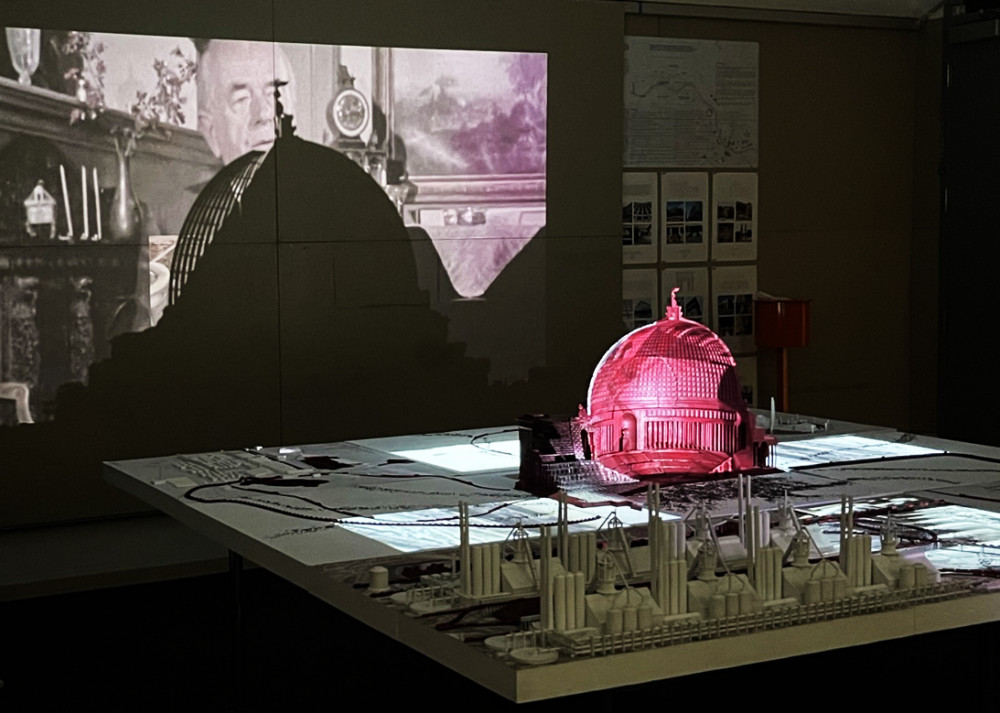 Executed under the direction of School of Architecture faculty advisors, Associate Professor Dr. Lawrence Chua and Professor Susan Henderson, Klebahn’s thesis not only draws our attention to the profession’s historic ethical blind spots but questions the ways architecture’s focus on the monumental continues to drive a corporate economy of inequality, dispossession of vulnerable populations, and extraction of labor and resources.

“As much as the project aims to present new evidence and a new argument about the relationship between architecture and genocide in the Reich in a historical capacity, it is still firmly an architecture project,” says Klebahn. “Through the critique of the profession and architectural representation, it engages with both disciplines.”

“I consider Parker’s architecture thesis a true thesis and not simply a ‘design project.’ It makes a thoughtful contribution to the discipline, advancing conversations around the politics of architecture beyond facile arguments about the agency of design,” says Chua. “I am delighted that the history department has recognized the intellectual value of his thesis as well.”

“I am deeply honored and humbled by the Bernice Hogan Prize at the Maxwell School and the Dean’s Citation award at the School of Architecture. It has been such a pleasure to work with faculty members from both schools this year who have been instrumental in guiding me and pushing me to finding my own archival sources, to think critically and analytically about these topics, always asking me to go further, to push the envelope,” says Klebahn. “It’s been an unbelievably challenging and rigorous year, but ultimately deeply rewarding.”

“This project is the beginning, the first pass at understanding the complex organism that is labor, architecture and building under the Reich, one I am excited to explore at a higher academic and professional level,” says Klebahn.

Special thanks to my professors in Maxwell and the School of Architecture; Vielen Dank an Frau Simone Langner und Herrn Otto Steiner vom Deutschen Bundesarchiv; Annabelle Sablan and Bryce Edwards; and to my friends and above all, my family.