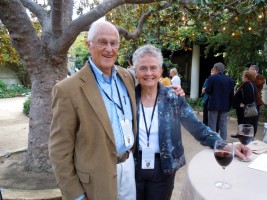 Russell A. and Joan “Jiggy” KingThe gift is in celebration of the 150th anniversary of King + King Architects. Founded in 1868 by Archimedes Russell, King + King Architects is the oldest architectural firm in continuous practice in New York State and two years older than Syracuse University.

“We are delighted to have this support for the renovation and renaming of the Architecture Reading Room in Slocum Hall,” says Seaman. “It will give new life to an essential library resource in the daily lives of our architecture faculty and students.”

The gift will change the space dramatically, adding a technology-laden seminar space, a new circulation desk, a new HVAC system and installation of updated library shelving. The fund also supports the space’s maintenance, collections, technology and other needs through the creation of an endowment.

In recognition of the Kings’ generosity, the reading room will be renamed the King + King Architecture Library. The library is slated to undergo renovation over the upcoming winter semester break. A grand opening of the space will occur during the spring semester of 2018. 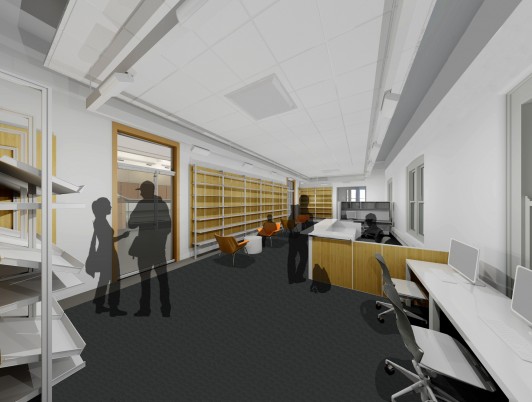 With King + King Architects being two years older than Syracuse University, the two institutions have collaborated closely over the past 150 years. Notable campus projects where King + King served as architect include: Holden Observatory, Crouse College, Tolley Humanities Building, the Physics Building, Heroy Geology Laboratory, Manley Field House and Bird Library. A full list of completed projects can be found below.

In addition, numerous members of the King Family are graduates of the Syracuse University School of Architecture. They include: Harry A. King ’24; F. Curtis King ’24; Russell A. King ’52; Peter G. King ’77; James R. King ’77; and Alex S. King ’11. The firm’s current CEO/managing partner, Kirk Narburgh, is a 1990 M.Arch graduate of the school and an adjunct professor. Peter King ’77 serves on the School of Architecture Advisory Board. (by Pamela Whiteley McLaughlin)