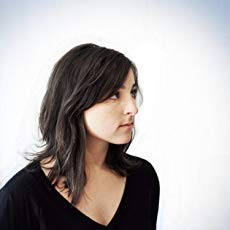 Emily Abruzzo is a founding principal of Abruzzo Bodziak Architects (ABA). She earned a B.A. from Columbia College, Columbia University, and a Master of Architecture from Princeton University, where she also received a Certificate in Media and Modernity and was named a Fellow at The Center for Arts and Cultural Policy Studies. In addition to her practice, Abruzzo has taught design, materials, and theory courses at numerous institutions and is currently a Critic at the Yale School of Architecture.