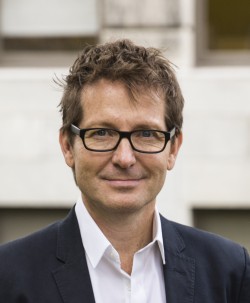 Rice was selected as one of the Architectural League of New York’s Emerging Voices in 2002 and named part of the 2003 Design Vanguard by Architectural Record. His work has been published widely and recognized with ten American Institute of Architects Design Awards, the Architectural Review Future Projects Award (2013), a NYC Public Design Commission Award (2012), the International Architecture Award (by the European Centre for Architecture Art & Design/Chicago Athenaeum, 2009), and the New York Municipal Art Society Masterwork Award (2008), and among others.

Rice was a design principal-in-charge and the architect-of-record for Dia:Beacon, a 300,000sf contemporary art museum while a partner of OpenOffice art+architecture collaborative (1999-2004). He has collaborated with a range of artists/thinkers including Patrick Blanc, Miles Coolidge, Liam Gillick, Robert Irwin, Peter Kogler, and Ben Rubin. Previously, Rice was senior design architect for Diller+Scofidio (1997-1999) and founding principal of Lyn Rice Architect (1994-1997). With Diller+Scofidio, Rice focused on a series of art, analytic, installation and performance works exhibited in the US, Europe, and Asia, including Master/Slave, Facsimile, The American Lawn, The Blur Building, and Jet Lag.