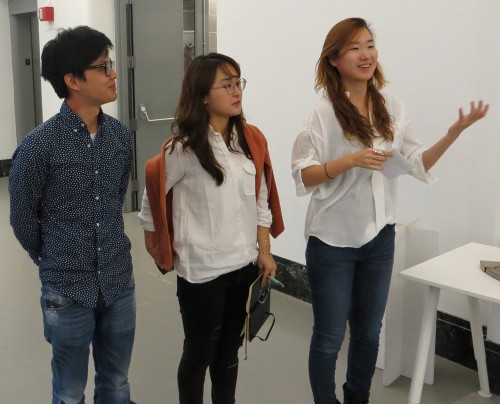 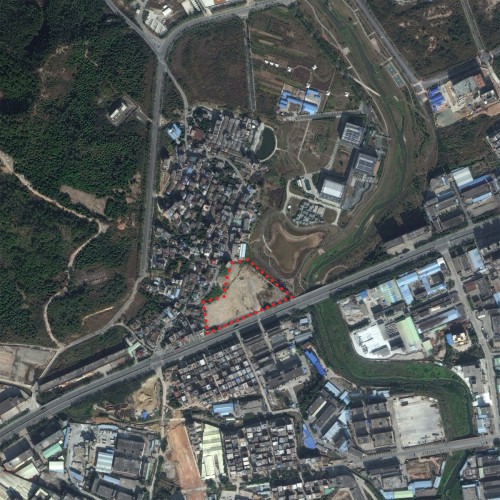 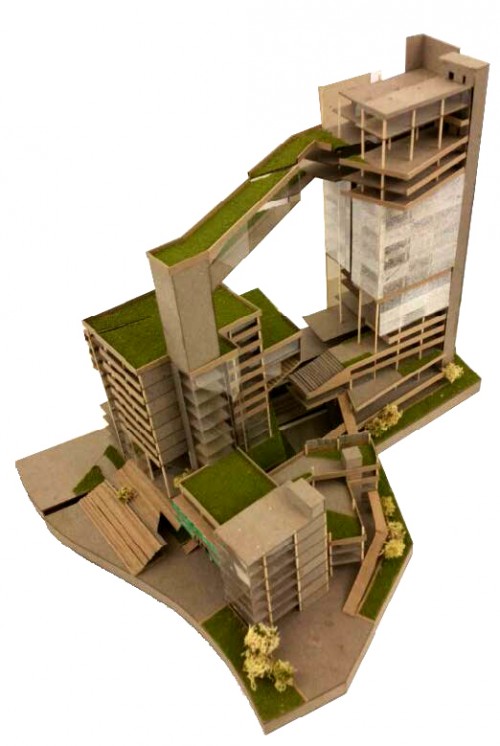 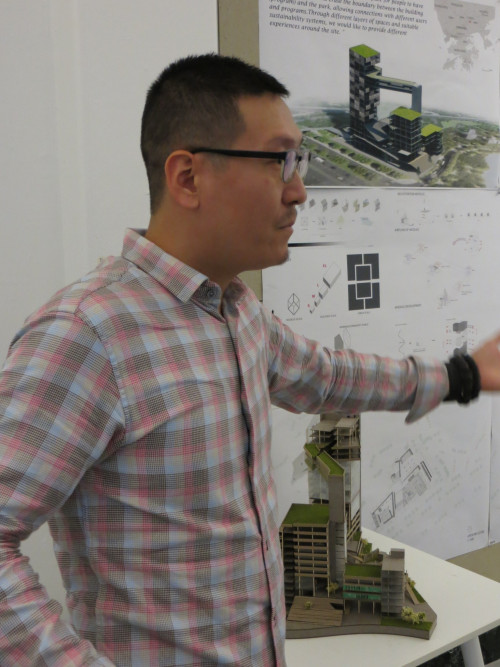 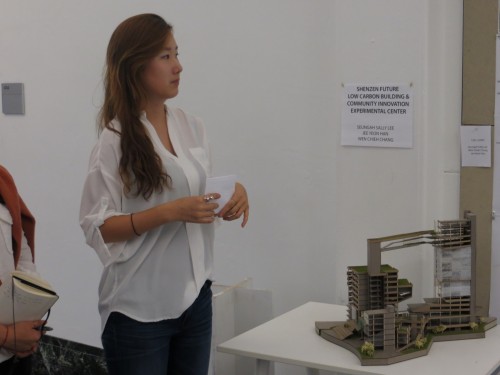 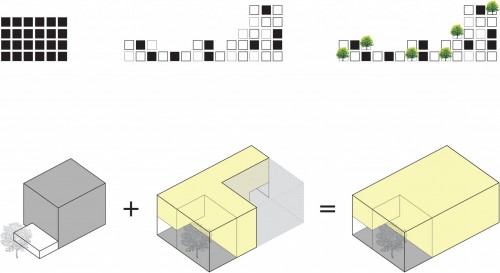 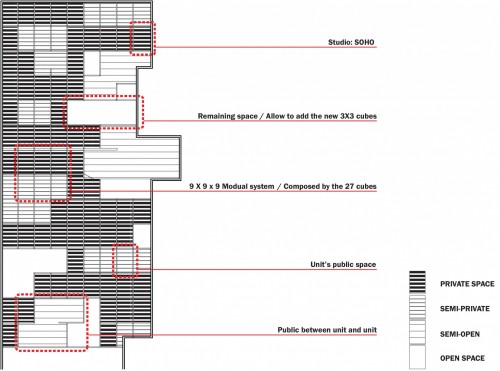 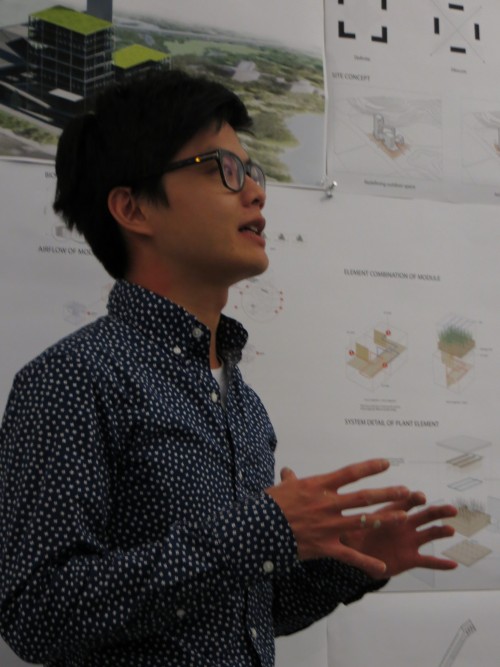 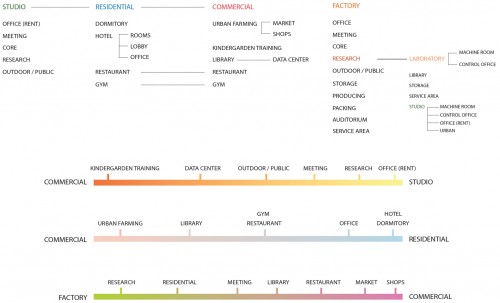 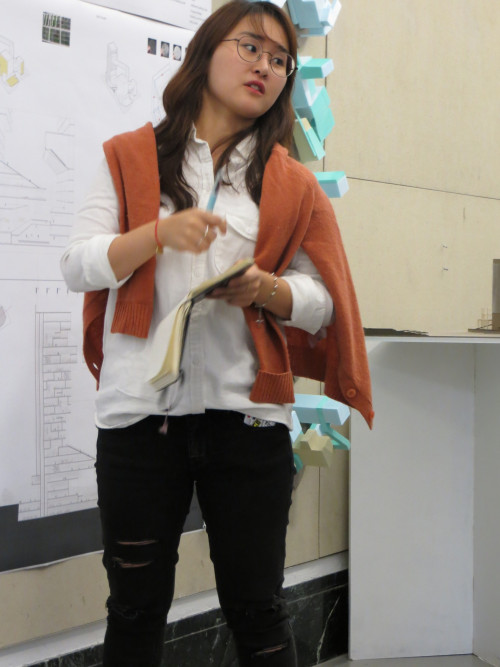 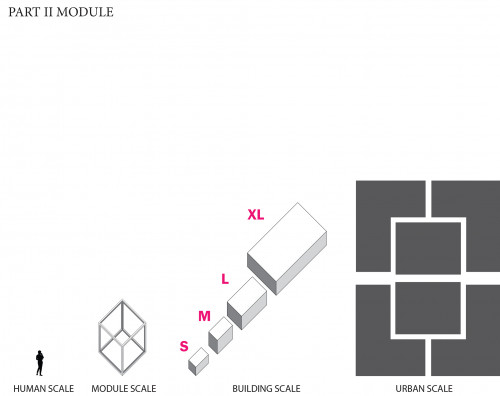 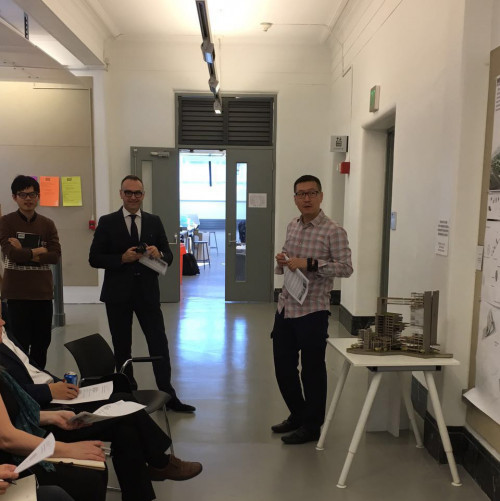 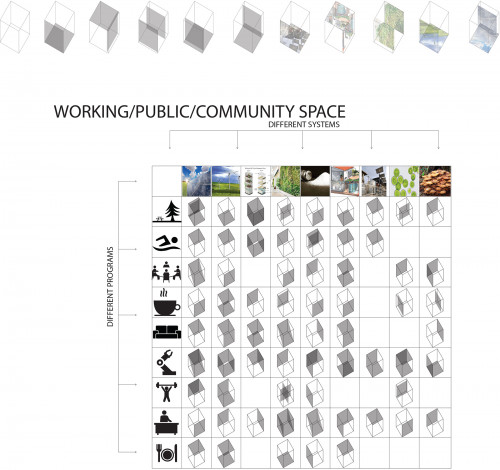 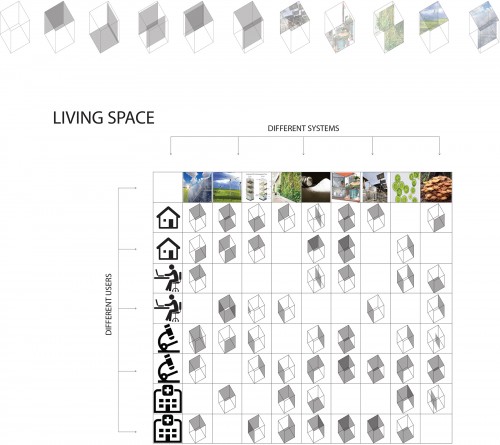 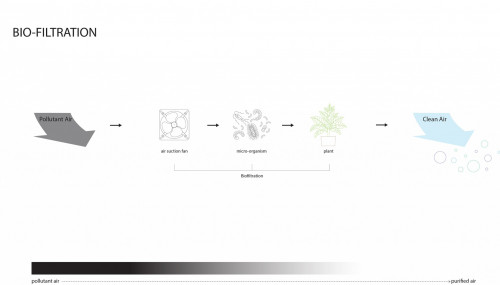 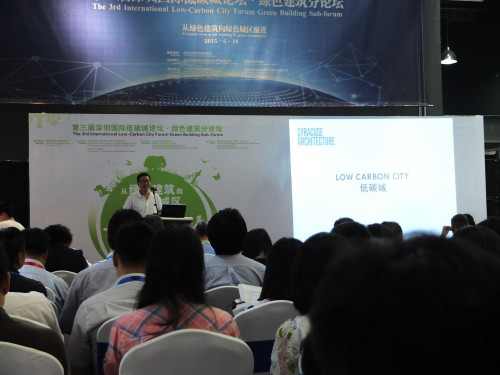 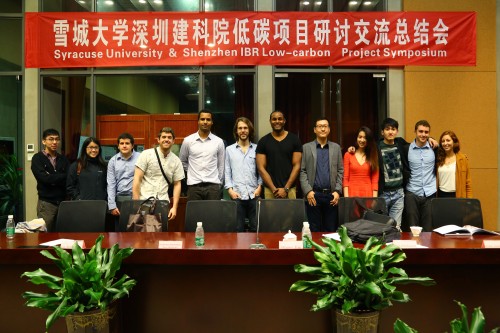 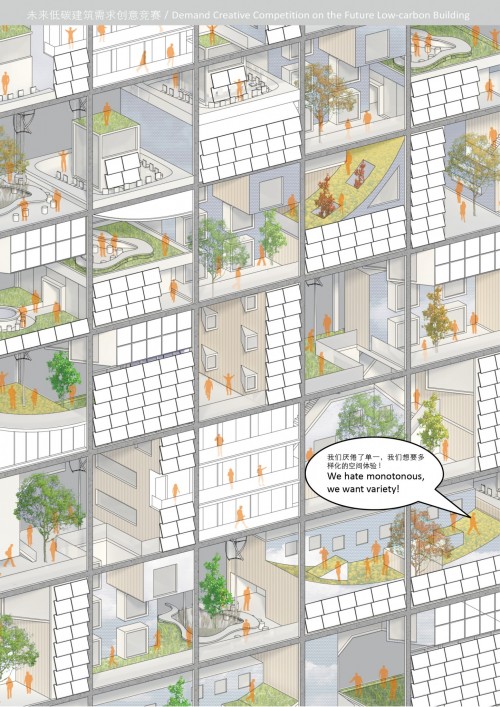 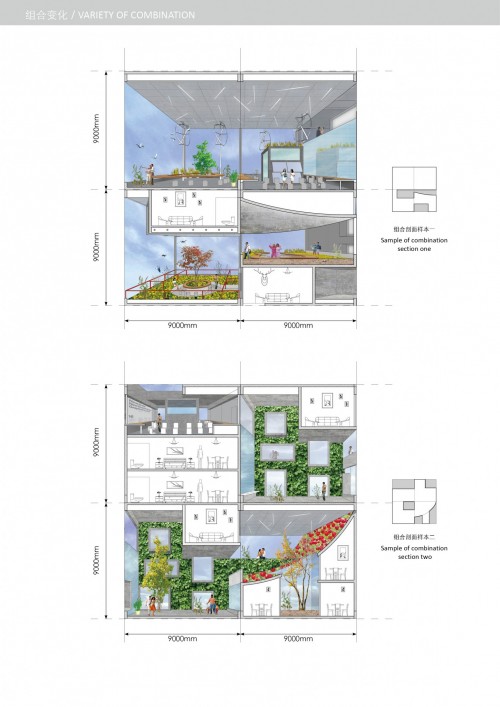 Sponsored by the Shenzhen Institute of Building Research (IBR),  the challenge of the competition was to design Shenzhen, China’s Future Low-Carbon Building and Community Innovation Experimental Center (Future Center).

In addition to the cash prize, IBR recently decided to use the team’s WESPACE (WEAVING+SPACE) design proposal for actual construction of the new Future Center and views this model as a bellwether for future low-carbon modernization in under-developed industrial sites in cities across China.

“At first I was shocked … but then, I wasn’t. I really believed it was possible,” said Wang.  He used the design challenges set forth by IBR as the foundation of his Syracuse Architecture studio and encouraged his students not to feel intimidated by the high-level of competition they’d face from professional architects. “I told my students that being in an academic setting gives them opportunity to explore with no boundaries. I wanted them to believe that they could achieve great things.”

In the end, Jee Yeon Han (B.Arch ’15, MS ’16), Wen-Chieh Chang (MS ’16), and Seungah Sally Lee (B.Arch ’15, MS ’16) were the only architecture students among the competition jurors’ short list of competition finalists. Previously, at the conclusion of an earlier phase of the competition, three of his students had won Honorable Mention, and the studio became more confident in its architectural design capabilities. The second-place final win that followed brought tremendous validation and satisfaction. “I didn’t expect the award at all,” says Seungah Sally Lee, “It means a lot since it was my first competition. I still cannot believe it.”

“It’s very exciting,” says Dean Michael Speaks, “and while this win is sure to open doors for the student designers, the efforts of the entire studio further the anticipation of possibilities put forth by the MS program’s new Design|Energy|Futures concentration, officially launching in fall 2016.”

In summer 2015, IBR—a national high tech and key cultural enterprise—purchased an 11,037 m2 parcel of land as the site for the new Future Center. From that point they launched the international competition to solicit progressive proposals in areas of technology and design to inform their direction.

IBR decided to construct the Future Center using WESPACE because it presents architecture in a changeable and shareable form.  The students’ design proposes an economic scaleable modular approach, integrating a wide range of low-carbon features. In addition, it weaves together public and private spaces, allowing for flexible multi-use programming ranging from residential to business to recreational.

It is expected that IBR will continue to purchase parcels of land in Low Carbon City and Fei Wang hopes to continue to challenge his MS students with the possibilities of future development of these sites. Spurred by the program’s recent success, students and faculty from the School will attend the 2016 International Low Carbon Conference in Shenzhen in June and remain engaged on a global scale in sustainability issues that affect our cities. (by Elaine Wackerow)