Quick links
Syracuse Architecture
Back to Top Back to Previous Page
November 02, 2022
illustration animation that king and i

From a young age, Thitaree (Jenny) Suwiwatchai ’23 (B.Arch)—a fifth-year student in the School of Architecture—has been interested in illustration.

Since the day she could draw, she’s enjoyed putting her thoughts on paper and creating stories. 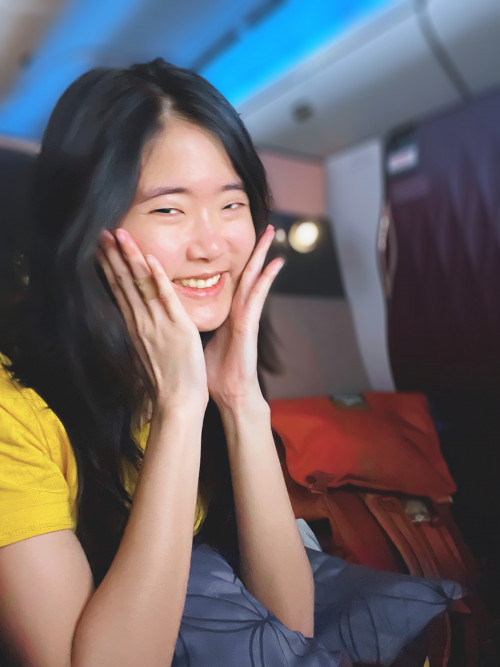 Thitaree (Jenny) Suwiwatchai ’23 (B.Arch)Growing up in Thailand, her grandmother was supportive of Suwiwatchai’s pursuits and kickstarted her artistic journey by introducing her to new mediums and the art of world creations.

“She was my first art teacher,” says Suwiwatchai. “I remember making dioramas in front of the Teletubbies in our living room; it was one of the most joyful times of my life!”

Suwiwatchai continued her passion for animation throughout high school by enrolling in the Harrow International School in Bangkok, a British international school focused on the arts. She initially researched college opportunities in the United Kingdom, but it was the freedom to choose courses outside of her field that led her to the United States.

“I love history as much as architecture, and Syracuse University was able to provide me with that,” says Suwiwatchai. “One simply cannot be an architect without a proper education in architecture, however, one who is educated as an architect can transfer to an array of disciplines within the art industry. It’s an incredible steppingstone in pursuing a wider branch of artistic opportunities once graduated.”

Despite her heavy academic workload as an architecture major with a history minor, Suwiwatchai still finds time to accept commissions as a freelance illustrator.

But it’s only in the past few years that the scale of Suwiwatchai’s commissions has picked up to the point where she could call her work a professional job. Young adult publishers, authors and game producers throughout Thailand have contacted Suwiwatchai to create cover art or concept art for their projects.

“It still gives me chills being able to enter a random bookstore in Bangkok and see the covers I’ve illustrated among the shelves,” says Suwiwatchai. 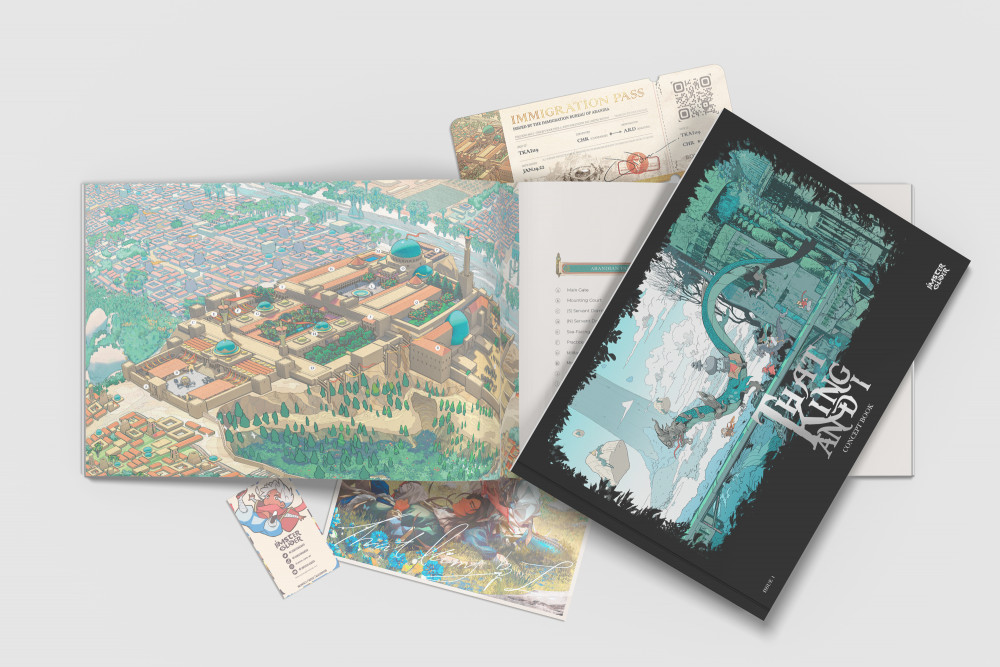 “That King and I,” Suwiwatchai's novel projectShe recalls one of her proudest moments occurring when she received the “Top in Thailand” AS Media Studies award by the Cambridge International Examination board for directing, writing, coordinating, animating, editing and post-marketing the short film, “Ace of Spades.”

In her free time, Suwiwatchai continues to illustrate her own worlds and stories. Her most recent work, “That King and I”—a novel project about warring kingdoms in a fantasy land—has gained minor popularity within the Thai digital art community.

The narrative follows Vidaar, Arandia’s minister of finance, and his newly appointed position of chief strategist amidst a brewing continental war. The lands of Arandia, Cerusar, Hesphere, Hemnut and Syracuse all have vernacular styles of architecture that, though fantastical, are based on different Eurasian regions between the seventh and 14th centuries CE.

Launching Oct. 8 at Comic Avenue in Thailand, all copies of “That King and I” sold out in three hours.

“Honestly, it surprised me to see how many people, mostly prospective architecture students, were interested to see the combination of history and architectural studies in a narrative cartoon form,” says Suwiwatchai. 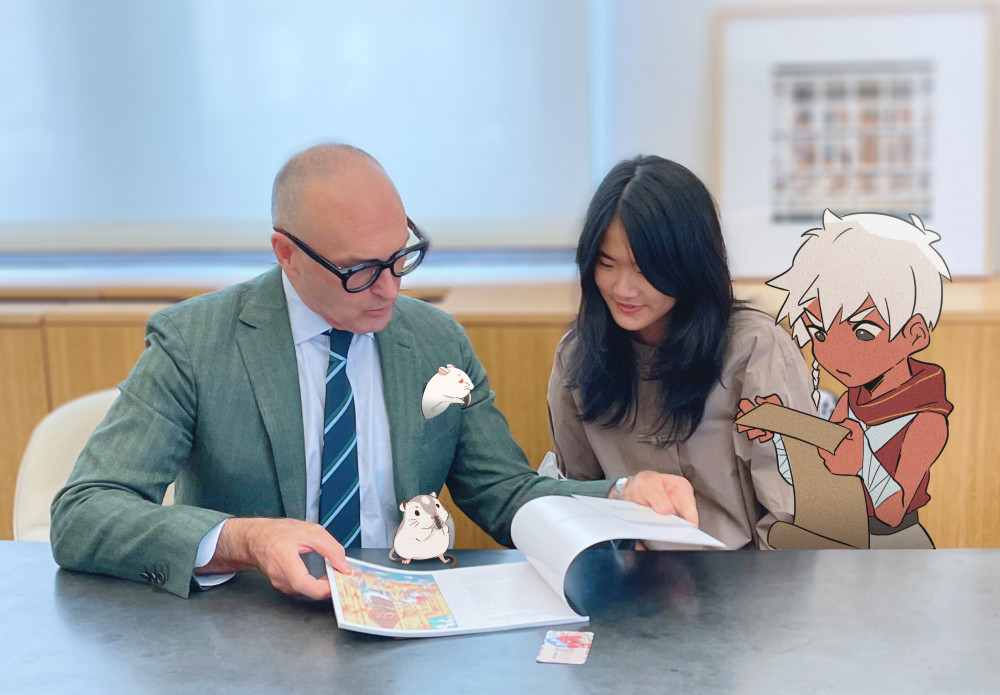 Suwiwatchai with School of Architecture Dean Michael SpeaksInitially imagined in the form of a novel, “That King and I” has morphed into a concept book.

“Issue 1 is a stand in for ‘there will be more,’” says Suwiwatchai. “I was not prepared for all the feedback I’ve gotten from just introducing the characters and their concept alone, even before the first chapter is published. Many have expressed their desires to see Vidaar and others as tangible media they could enjoy.”

Suwiwatchai graduates in May 2023 and plans to attend graduate school to further her historical and design education. “There is still so much I want to know about the human past and the architecture of the old,” she says.

She dreams of one day working in the entertainment industry as either a visual developer or as an imagineer on a film set.

“I would love to see magic and fantasy brought to life by my own hands,” says Suwiwatchai. “Right now, I am only able to bring people into a world of make-believe in a two-dimensional form, but without the ability to construct that 2D imagination into inhabitable, tangible sets, a large part of me is yet to feel satisfied.”