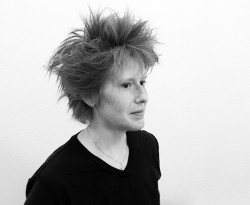 Erin Besler was born in Chicago, Illinois. She holds a bachelor of arts in architecture from Yale University and a master of architecture with distinction from the Southern California Institute of Architecture . She is faculty at the University of California Los Angeles in the Department of Architecture and Urban Design where she was the 2013-2014 Teaching Fellow. She is the recipient of the AIA Henry Adams Medal and a thesis award for her project Low Fidelity. She has worked for Tigerman McCurry Architects and VOA Associates in Chicago and for First Office and Zago Architecture in Los Angeles. Erin’s work has been presented and exhibited in Beijing, Los Angeles, Paris, Chicago, New York and San Francisco with publications in FutureAnterior, San Rocco, Project Journal and Pidgin. Recently she was awarded the Architectural League of New York Young Architects Prize.

She is a co-founder, with Ian H. Besler, of the Los Angeles based practice Besler & Sons. In 2015 they were finalists for MoMA PS1’s Young Architects Program, participants in the Chicago Architecture Biennial and the Shenzhen and Hong Kong Bi-City Biennial of Architecture/Urbanism as part of the exhibition “Now, There” which was awarded the UABB Bronze Dragon.