In producing experimentally-oriented works and building award-winning residential projects, Vivian and James have established one of the more exciting young offices in North America, LAMAS. 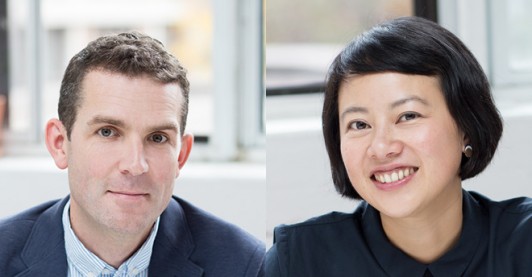 W.H. Vivian Lee is principal and founder of LAMAS. Her work focuses on the role of craft in architecture as related to labor, professional practice, vernacular traditions, and ornament. She has extensive experience in the design and construction of public space including the East River Waterfront in Lower Manhattan. In addition to her role at LAMAS, Vivian is also Assistant Professor of Architecture at the University of Toronto and previously at University of Michigan. Prior to founding LAMAS, Vivian practiced as a project manager at SHoP Architects and LTL Architects in New York City. Lee received her masters of architecture from Harvard’s Graduate School of Design. She holds a B.A. in studio arts from Wesleyan University.

James Macgillivray is a principal and founder of LAMAS. He has published widely on film, architecture and projection. He is from Toronto and received his Masters in Architecture from Harvard’s Graduate School of Design and his B.A. in architecture from Princeton University. Prior to founding LAMAS he worked as a designer at Steven Holl Architects and as a project manager at Peter Gluck and Partners Architects. Alongside his work at LAMAS, James is also Lecturer at the University of Toronto.