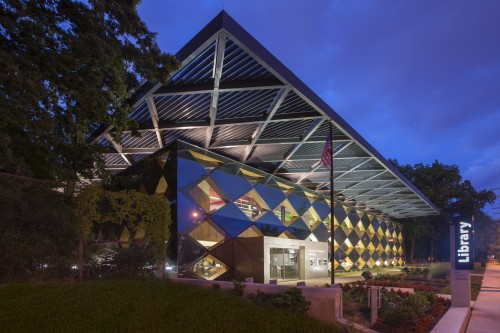 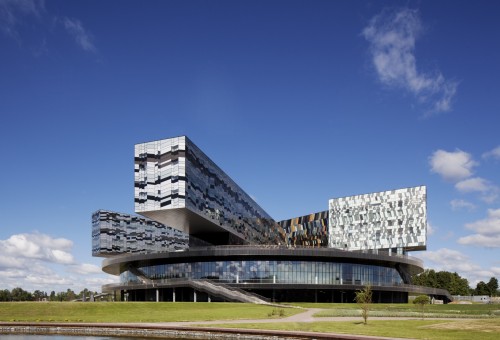 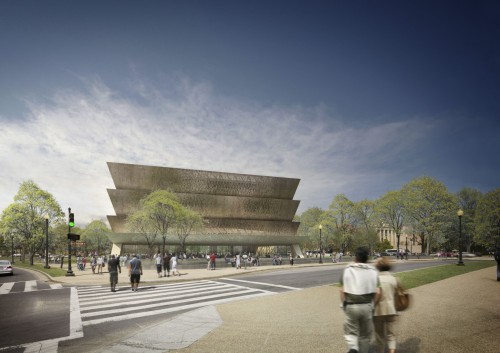 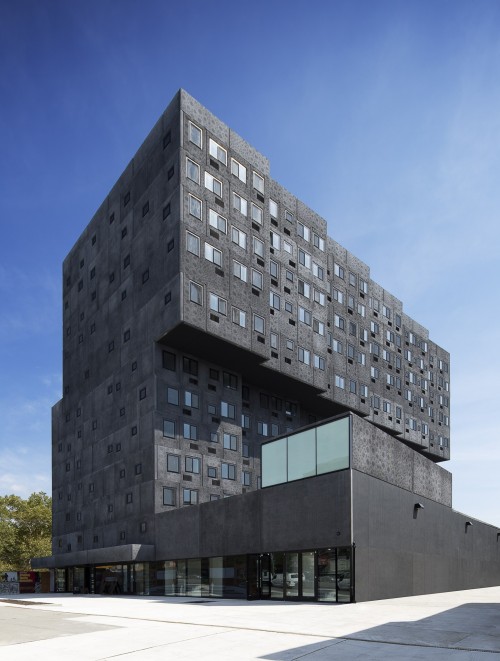 David Adjaye OBE is recognized as a leading architect of his generation. Adjaye was born in Tanzania to Ghanaian parents and his influences range from contemporary art, music and science to African art forms and the civic life of cities. In 1994 he set up his first office, where his ingenious use of materials and his sculptural ability established him as an architect with an artist’s sensibility and vision.

He reformed his studio as Adjaye Associates in 2000 and immediately won several prestigious commissions. In Oslo he designed the Nobel Peace Centre in the shell of a disused railway station (completed in 2005). In London his design for the Whitechapel Idea Store pioneered a new approach to the provision of information services (2005). Later projects in London included the Stephen Lawrence Centre, with teaching and community spaces (2007), Rivington Place, an exhibition venue and resource centre (2007), and the Bernie Grant Centre for the performing arts (2007). He is currently working on two major redevelopment projects in the city: 70-73 Piccadilly, a £600 million scheme in the prestigious Piccadilly area, and the Hackney Fashion Hub, a masterplan to renew a significant central area in the Borough of Hackney. Adjaye Associates’ largest completed project to date is the £160 million Moscow School of Management Skolkovo (2010).

In the United States Adjaye was the designer of a new home for the Museum of Contemporary Art in Denver (2007), two public libraries in Washington DC (2012), as well as of several innovative residential projects. In 2009 a team led by Adjaye was selected to design the new $360 million Smithsonian National Museum of African American History and Culture on the National Mall in Washington DC. The practice has also completed a social housing scheme in New York’s Sugar Hill (2014) and the Ethelbert Cooper Gallery of African & African American Art at Harvard’s Hutchins Center (2014). Adjaye is currently working on the new home for the Studio Museum in Harlem, the Ruby City building for the Linda Pace Foundation in San Antonio, and a condominium development for Four Seasons in Washington DC.

Adjaye Associates now has offices in London, New York, and Accra, with projects throughout the world. These include the Aishti Foundation shopping and cultural complex in Beirut (2015), the Alara concept store in Lagos (2014), and a new headquarters building for the International Finance Corporation in Dakar (ongoing).

Adjaye frequently collaborates with contemporary artists on art and installation projects. Examples include The upper room, with thirteen paintings by Chris Ofili (2002), Within reach, a second installation with Ofili in the British pavilion at the Venice Biennale (2003), and the Thyssen-Bornemisza Art for the 21st Century Pavilion that was designed to show a projection work by Olafur Eliasson, Your black horizon, at the 2005 Venice Biennale. The upper room is now in the permanent collection of Tate Britain. Adjaye recently collaborated with Okwui Enwezor on the design of the 56th Venice Art Biennale (2015).

Adjaye has taught at the Royal College of Art, where he had previously studied, and at the Architectural Association School in London, and has held distinguished professorships at the universities of Pennsylvania, Yale and Princeton. He is currently the John C. Portman Design Critic in Architecture at Harvard. He was awarded the OBE for services to architecture in 2007, received the Design Miami/ Year of the Artist title in 2011 and the Wall Street Journal Innovator Award in 2013.

The material from Adjaye’s ten-year study of the capital cities of Africa was shown in Urban Africa, an exhibition at the Design Museum, London (2010) and published as African Metropolitan Architecture (New York, 2011, and as Adjaye Africa Architecture, London, 2011). He was the artistic director of GEO- graphics: A map of art practices in Africa, past and present, a major exhibition at the Centre for Fine Arts, Brussels (2010). An exhibition of his architectural work, David Adjaye: Output, was held at Gallery MA, Tokyo (2010). In 2015 a comprehensive retrospective exhibition of his work to date was held at Haus der Kunst in Munich and the Art Institute of Chicago.

Adjaye Associates has recently been named as one of 7 finalists for the design of the future Obama Presidential Library in Chicago.

Please enter at the ground-floor level entrance on College Place and take the elevator to Floor 2.