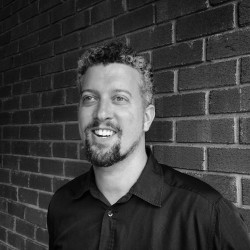 Michael Young is an architect and an educator practicing in New York City where he is a founding partner of the architecture and urban design studio Young & Ayata, recipients in 2014 of the Architectural League’s Prize for Young Architects.

Michael is an Assistant Professor at The Irwin S. Chanin School of Architecture at the Cooper Union where he has taught design in the third year and second year undergraduate studios, and graduate seminars on a range of topics. Additionally, he is currently a Visiting Lecturer at Princeton University. Previously, Michael taught at the Yale School of Architecture and Columbia GSAPP. He has been a Visiting Professor at Shih Chien University, Taipei, Taiwan in 2007, the Crete Technical University in 2010, the GSAPP Studio X summer workshop in Thessaloniki, Greece, 2011, the Possible Mediums Conference and Workshop at Ohio State University in 2013, and the University of Innsbruck, Austria in 2014.

Prior to forming Young & Ayata, Michael worked for a number of award winning architectural firms in New York and San Francisco, including Reiser Umemoto, Stan Allen Architects, and Pfau Architecture. Michael is a Registered Architect in the State of New York.

Michael’s drawings are part of the Drawing Center’s Viewing Program and have been shown nationally and internationally. In addition to teaching & practicing, he is invested in writing, research and experimentation on issues concerning geometry, representation and aesthetics.