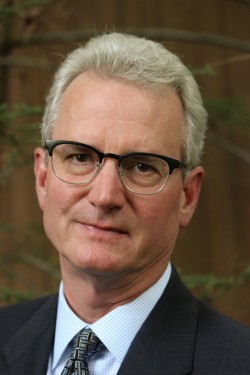 Grant Reeher is director of the Campbell Public Affairs Institute and a professor of political science at Syracuse University’s Maxwell School of Citizenship and Public Affairs. Grant’s research and teaching interests are primarily in American politics and political theory, with an emphasis on legislative politics, democratic representation, and active citizenship. Among other books, he is the author of First Person Political:  Legislative Life and the Meaning of Public Service (2006), Narratives of Justice: Legislators’ Beliefs about Distributive Fairness (1996), co-author of Click on Democracy: The Internet’s Power to Change Political Apathy into Civic Action (2002), and co-editor of The Trusted Leader: Building the Relationships that Make Government Work (2008, 2nd ed. 2012). His academic journal publications include pieces in Health Affairs; Journal of Health Politics, Policy and Law; The Responsive Community; Polity; and PS: Political Science and Politics. He has also published many editorial essays on various political topics, including pieces in The New York Times, The Chicago Tribune, The Ottawa Citizen,Newsday, The Philadelphia Inquirer, and The Milwaukee Journal-Sentinel, and pieces that have been distributed through Knight-Ridder. At various points he has been a regular columnist for The Syracuse Post-Standard. He has also been quoted in many newspaper stories, including pieces appearing in The New York Times,The Wall Street Journal,USA Today, The Financial Times, The Washington Post,The Los Angeles Times, The Dallas Morning News, Salon, Newsday, The Hill, Roll Call, and Ouest France. Grant is a 1982 graduate of Dartmouth College, and earned his Ph.D. in 1992 from Yale University.

In addition to his work at Syracuse University, Grant is creator, host, and producer of “The Campbell Conversations” on WRVO Public Media, a weekly regional National Public Radio public affairs show featuring extended in-depth interviews with regional and national writers, politicians, activists, public officials, and business professionals. He has also arranged and hosted candidate debates on the program. The program has won first-place awards from the New York State Associated Press and the Syracuse Press Club for best special program, best interview, and public service. WRVO Public Media is the largest NPR affiliate in Central New York, with a listening area that includes 22 counties and southern Ontario.