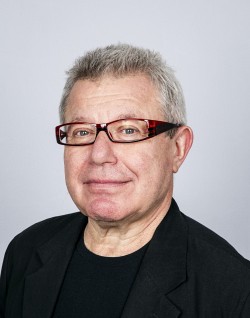 An international figure in architecture and urban design, architect Daniel Libeskind is renowned for his ability to evoke cultural sensibilities that are informed by his deep commitment to music, philosophy, and literature, Mr. Libeskind aims to create architecture that is resonant, original, and sustainable. Born in Lód’z, Poland in 1946, Mr. Libeskind immigrated to the United States as a teenager and settled with his family in the Bronx. After studying music in New York and Israel on an American-Israel Cultural Foundation Scholarship, he developed into a musical virtuoso before eventually leaving music to study architecture. He received his professional degree in architecture from the Cooper Union for the Advancement of Science and Art in 1970 and a postgraduate degree in the history and theory of architecture from the School of Comparative Studies at Essex University in England in 1972.

Daniel Libeskind established his architectural studio in Berlin, Germany, in 1989 after winning the competition to build the Jewish Museum in Berlin. In February 2003, Studio Libeskind moved its headquarters from Berlin to New York City when Daniel Libeskind was selected as the master planner for the World Trade Center redevelopment. Daniel Libeskind’s practice is involved in designing and realizing a diverse array of urban, cultural and commercial projects internationally. The Studio has completed buildings that range from museums and concert halls to convention centers, university buildings, hotels, shopping centers and residential towers.

In addition to the New York headquarters, Studio Libeskind has European partner offices based in Zürich, Switzerland.