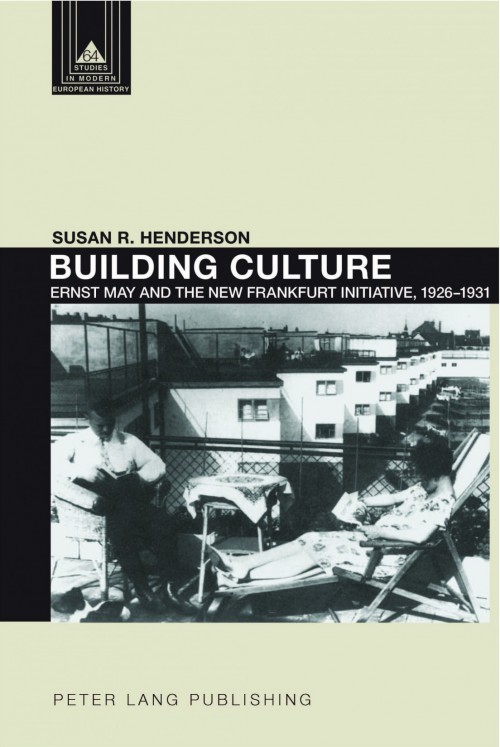 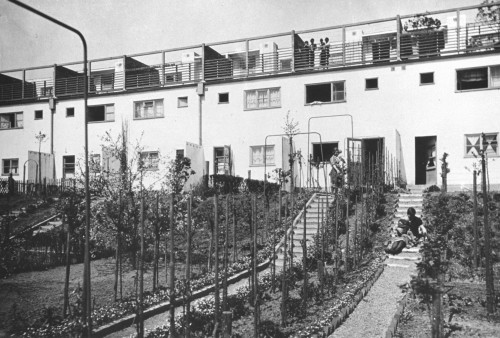 
Susan R. Henderson teaches advanced courses in the fields of Islamic and modern architectural history in the School of Architecture. She is an affiliate faculty member of the Middle Eastern Studies program in the College of Arts and Sciences and the Center of European Studies hosted by the Moynihan Institute for Global Affairs at the Maxwell School. She served as a core faculty member of the Renée Crown Honors Program and taught for SU global programs in China and Italy.

Professor Henderson has received fellowships and grants from the Fulbright Scholar Program, the Wolfsonian Museum, the National Endowment for the Arts, the German Academic Exchange Service (DAAD), and the Graham Fund.  She has been a visiting exchange faculty at the Phillipps University, Marburg, Germany and the University of York, Heslington, UK.

Graham Foundation for Advanced Studies in the Fine Arts, 1988

“The Spirit of the Forest: Fairytales and Rustic Fantasy in Architecture. 1890-1925”

“Lauweriks, Behrens and the Kunstgewerbeschule in Dusseldorf”

—Enchanted Modernities: Theosophy and the arts in the modern world, University of Amsterdam, September 2013

—The Academy of the University of Trinidad and Tobago (U.T.T.) for Arts, Letters, Culture and Public Affairs, Port of Spain, Trinidad, March 2010

Chair-respondent, “Temples and Politics of Place”

“Works from the Collections,” with Mickey Wolfson, respondent

—Eighth Conference of the International Association for the Study of            Traditional Environments (IASTE), Hong Kong, December 2002

“The Pavilion Schools of Frankfurt am Main in the 1920s”

“Pertaining to Our Understanding of the Rural Landscape:  The Example of Sea Ranch” (alternate title, “The Sea Ranch:  Shaping a Planned Community”)

“German Social Housing of the Weimar Republic:  A Revolution in Daily Life”

“A Revolution in Woman’s Sphere:  Grete Lihotzky and the Frankfurt Kitchen”

“Bachelor Culture in the Work of Adolf Loos”:

—National Meeting of the ACSA, March 1993

“A Setting for Mass Culture:  Life and Leisure in the Nidda Valley”

“The Technics of Implementation,” with Jeffrey Hannigan

“The Architecture of Bernhard Hoetger:  Worpswede and Böttcherstraße”

—National Meeting of the Society of Architectural Historians, Montreal, Canada, 1989

“The Architecture of Wall Street”

—”Past and Present: A Conference on Historical Interpretation,” New York City, 1984

“The History of New York City Housing:  A Tour of the Lower East Side”

“The Design Team of Ernst May”

“Polychromy in the Work of Ernst May”

—National Meeting of the Society of Architectural Historians, Pittsburgh, Pennsylvania, 1985

“Energy Conscious Design in the History of Modern Architecture”

“The Resilient Community,” From the Ground Up:  Innovative Green House (Princeton Architectural Press, 2012)

“Housing for Women.  The Frankfurt Experiment,” Journal of the Society of Architectural Historians (2009)

“Ernst May and the Campaign to Resettle the Countryside:  Rural Housing in Silesia, 1919-1925,” Journal of the Society of Architectural Historians (June 2002)

“Bachelor Culture in the work of Adolf Loos,” Journal of Architectural Education 55, no. 3 (2002)

“Self-help Housing in the Weimar Republic:  The Work of Ernst May,” Housing Studies. The International Housing Research Journal 14, no. 3 (1999)

“A Setting for Mass Culture:  Life and Leisure in the Nidda Valley,” Planning Perspectives 10 (1995)

“Böttcherstraße:  The Corporatist Vision of Bernhard Hoetger and Ludwig Roselius,” Journal of Decorative and Propaganda Arts 20 (1994)

“Out of the Ashes:  The Public Markets of London Before and After the Great Fire,”The Radical History Review (Fall 1979)

Review of The Gray Room, by Paul Scheerbart, translated by John Stuart, Journal of Architectural Education (May 2003)

Book Review Column in the Journal of Architectural Education

“The Architecture of Wall Street,” Proceedings of the Annual East Central Regional Meeting of the ACSA (October 1986)

Editorial Board, Journal of Architectural Education, 1993-1996